This year’s Gala Concert in St. Patricks Church, Donabate sees the return of some old favourites alongside new acts which we hope you will all enjoy.
Back again are The Young Dublin Symphonia, Navan Community Singers, Dublin Brass, our own David Scott and Saoirse.
Also from the peninsula are Laura Shields and Vincent Oliver.
Venue; St. Patricks Church, Donabate.
Friday 13th. Sept>>>>>>>> 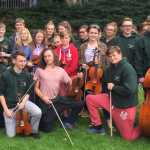 Young Dublin Symphonia
We are a youth strings orchestra based in Dublin, Ireland.  We  have a membership of about 40 across two orchestras – the juniors and the seniors – ranging in age from 10 to 21
Under the leadership of our conductor Bjarke Gundersen we rehearse once a month from September to May and perform concerts around Dublin, nationally and internationally.
Every year we go on tour whether around Ireland or in Europe where we usually join up with another youth orchestra to make new friends and learn new music in a new and exciting location
General manager; Bjarke Gundersen. String instructor Jenny Boland 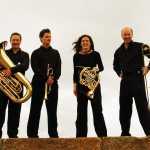 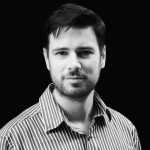 Baritone David Scott studied singing with Emmanuel Lawler in the DIT Conservatory of Music and Drama graduating with a First Class Honours Bachelor of Music Degree and an MPhil in Music.
He recently released his first solo album ‘Time to Reflect’ which was described as ’12 Beautiful Songs’ by Michael Daly of Phoenix FM. He is also a soloist on the CD Beethoven’s Irish songs Revisited and is the featured soloist on RTÉ Lyric FM’s documentary ‘WB Yeats: Words for Music Perhaps.’
He is in constant demand as a recitalist and performer and has sung at various festivals around Ireland, including the Boyle Arts Festival,Tuam Arts Festival, Russian Festival of Culture and the Bleeding Pig Cultural Festival. 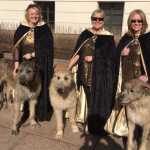 The acappella group  “Saoirse” consists of four Donabate residents – Cliona Ardiff, Jill Kiernan, Susan Murphy and Donna Wearen. They have a love of performing Irish Folk music in an acappella format. “Saoirse” is all about great friendship, a deep love of music and the pleasure of bringing enjoyment and entertainment to people.

We are delighted to have been invited to participate in this wonderful Festival and look forward very much to bringing our style of singing to you. 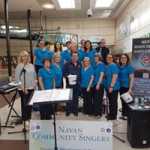 Navan Community Singers
Navan Community Singers were formed in 2016 with Eileen Foley as their Choir Director.
They are based in St. Oliver’s Plunkett School Navan.  A community-based choir for everyone who enjoys singing to be part of a  group and take on the musical challenges as they occur.  This has been a fantastic journey to date.
Their community and fundraising performances include events in schools, churches, community centres, shopping centres.   One of the highlights of 2019 was singing at Navan’s Darkness into Light for all walkers and runners out at 4 a.m.  They also were delighted to perform at their first wedding.
They have participated in Navan Choral Festival at competition level and entertain in the Newgrange Hotel and Slane Castle during Christmas season. 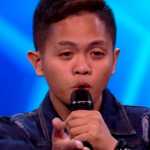 Rodelle Borja is a singing nurse from the Philippines. He worked hasn’t received any formal vocal training yet but he loves singing.
He joined Ireland’s Got Talent this year and qualified as one of the semi finalists. His performance of the Elvis hit “Can’t Help Falling in Love” has already been viewed millions of times on Youtube and Facebook. Since then, Rodelle has been performing in various events within Ireland. 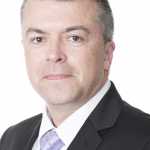 Vincent Oliver started receiving professional voice training from the age of 7. He was a boy soprano with the Tallaght Boys Choir and was head chorister for a number of years with numerous solo performances at concerts and on RTE television and radio.
He studied music through the Royal Irish Academy of Music and the Ballyfermot School of Music. As a bass/baritone he performed with a number of choirs such as Cór Dubh Linn, Tallaght Choral Society and Tallaght Boys Choir. He also achieved success at various competitions across the country including winning men’s solo and duet at the Arklow Music Festival.
Vincent has been performing in musical theatre since 2006 working with the Portmarnock Musical & Dramatic Society, Malahide Musical & Dramatic Society and the Glasnevin Musical Society. During this time he has enjoyed playing the roles of Pooh-Bah (Hot Mikado), Alexander Molokov (Chess), General Glossop (Jekyll & Hyde), Jim Haller (All Shook Up), Sergeant of Police (Pirates of Penzance Australian Version), Caiaphas (Jesus Christ Superstar), Parchester (Me & My Girl) and Mr. Sowerberry (Oliver).
He has also performed as a soloist in the GMS Showstoppers series in the National Concert Hall performing excerpts from musicals including Oklahoma (Curly McLain), Mack & Mabel (Mack Sennett) and Les Miserables (Javert).
This is his second time performing at the Bleeding Pig festival and he is really looking forward to the Gala Concert event and hopes everyone really enjoys the evening.